Ontario Provincial Police (OPP) have laid several charges against a driver who fled from police during an interaction outside of Dryden on April 15.

OPP shared that on Thursday, April 15, members of the Dryden Detachment of the Ontario Provincial Police (OPP) conducted a traffic stop on Highway 17 in Southworth Township (east of Dryden). During an interaction, police informed that the driver drove off at a high rate of speed.

Police said that in the interest of public safety, they did not pursue the vehicle.

At approximately 6:45 a.m. on Highway 72, police officers located the suspect vehicle and suspect.

“As a result of the investigation, the accused has been charged with numerous drug possession and drug trafficking offences, for occurrences between March 21 and April 15, 2021. The OPP seized suspected illicit substances including fentanyl, cocaine, methamphetamine, psilocybin, and cannabis, with an estimated street value of almost $22,000.”

The accused, a 42-year-old Sioux Lookout resident, was arrested and charged with the following offences:

Ontario Provincial Police ask anyone with information about the trafficking of fentanyl or other illicit drugs to call them at 1-888-310-1122. Should people wish to remain anonymous, they may call Crime Stoppers at 1-800-222-8477 (TIPS), or report online through ontariocrimestoppers.ca, where they may be eligible to receive a cash reward of up to $2,000. 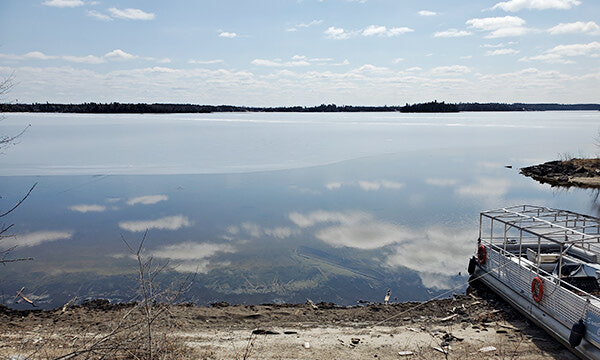 Dick's Hideaway: How can this happen?

I m watching a miracle. It happens every year about now and I never get over the thrill.
Ice will be gone in just a few days. How can the massive cold cover on the lake turn into shimmering beautiful blue water?...