The following is the fourteenth installment in a series about Nan Dorland, a radio star from New York City who spent six years on what is now Winoga Island on Abram Lake during the 1940s. Nan later struggled to become a writer and a prospector in northern Saskatchewan. Follow at www.nandorland.blogsot.com or on Instagram @discoveringnan.

By 1948, John Albrecht, future husband of Nan Dorland, was living in Stony Rapids and trapping from a base camp on Selwyn Lake which straddles the Saskatchewan-Northwest Territories border. In June of that year John became the prospecting partner of Leroy (Roy) Tobey (1905-1985), a prospector and former civil service engineer from Meota, Saskatchewan.
“The year 1948 saw the lifting of the veil of secrecy from uranium and prospecting was thrown open to sourdoughs,” the Regina Leader-Post reported on February 18, 1950. The United States government’s desire to acquire as much uranium as possible from Canada drove the development of uranium mines in northern Saskatchewan. By 1948, Canada had entered into large contracts with the US Atomic Energy Commission. Eldorado Mining and Refining Limited, a federal crown corporation, the only legal purchaser of uranium ore and prior to 1948, had full control over the development of Saskatchewan’s uranium deposits.
In March of 1948, Joe Phelps, Minister of Natural Resources for the Government of Saskatchewan announced that 40 individuals would be assisted in carrying out prospecting activities in the province’s north. The Prospector’s Assistance Plan (PAP) provided prospectors with free mining licenses, free air transportation, the loan of supplies and equipment for two months in the bush, cash awards for new finds, and assistance from qualified geologists in the assaying and recording of claims. The goal of the PAP was to open up the mineral potential of the north.
Tobey was working under the PAP when he and Albrecht became prospecting partners. In August of 1948, after about three months of fruitless prospecting for uranium - their clothes in rags, their food provisions almost gone - John decided to give up and head back to his cabin to look after his traplines. Before leaving Tobey, John suggested they pick up his bear trap at Black Lake. Within hours after making camp at Black Lake, Tobey’s Geiger counter started acting up. The partners eagerly dug into the moss and discovered pitchblende (now known as uraninite), a radioactive, uranium-rich, iron-red rock veined in black.
“We were [camped] about five miles away from Black River. And so, along the ridge I was going towards home,’ John recalls in an interview with Berry Richards in 1975. “So, I hear crashing. What the devil, I said, that must be Tobey. Hello! Hollering ,... By god, he got the first kicks [from the Geiger counter], you know. Excited! ... So by god, that’s uranium. So, you know, by 11:00 o’clock in the night we had the whole Nisto shoal discovered.”
The twosome traced out a 2,400-foot zone of radioactive activity before splitting up. Tobey, the only one of the two who was working under the PAP, headed to Regina to register their claim. Albrecht headed back up north to check his traps, taking Tobey’s Geiger counter with him.
Tobey took out a concession over a 25-square-mile area for both himself and Albrecht to give their claim some protection. Initially, they received no offers for their claim, but eventually Tobey’s and Albrecht’s discovery of the Nisto uranium find “set the mining world right back on its heels.” [StarPhoenix, March 20, 1951.] It was followed by a rush for the government’s adjacent concessions. Trans-Continental Resources (TR) from Toronto recognized the potential of the find and offered Tobey and Albrecht each $15,000 for their claim. Subsequently, TR created Nisto Mines Ltd. for the purpose of developing the property.
“My god, I was there, you know, in the cabin,” Albrecht told Berry Richards. “There comes a Hudson’s Bay man, sends a wire with an Indian. ... Tobey had the contract already sent out, you know, for me to sign. So, we read with the Hudson’s Bay man the contract. Sounded good. $30,000 - $15,000 for me, $15,000 for him. 300,000 shares. $3 million share company firm. $150,000 each. I thought, ‘This is the first clear money.’ I signed! No other way!”
John and his partner Roy Tobey made a considerable amount of money on the Nisto find. However, Nisto Mines Ltd. was not large enough to be profitable. As for John’s riches, he later chuckled when he told his friend Bob Lee, “I put most of the money back in the ground!” He was always searching for another mine. 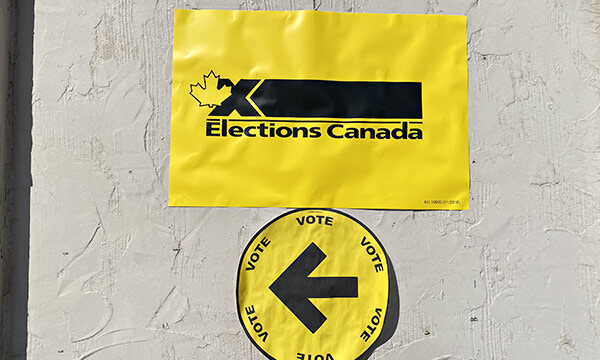 Virtual All Candidates Forum may be among the most successful ever

To better inform voters in the Sioux Lookout area and help them decide which Kenora riding candidate to support, two Sioux Lookout residents, Anne Saltel and Dick MacKenzie, stepped up to the plate and organized an All Candidates Forum on Sept. 10...