Some ambiguity behind a Sioux Lookout inspired book, Crazy White Man, caught the eye of historian Joan Champ, who set out on a venture to seek answers for her blog series, Discovering Nan Dorland.

Richard Morenus wrote the book in 1952 about his experience living on an island on Abram Lake. Richard, with his then wife, Nan Morenus (Nan Dorland), a couple from New York, bought and moved to what is now known as Winoga Lodge Island, where the couple resided for approximately six years. Champ shared that the really unusual idea of moving to this remote island from New York City intrigued her.

Champ said, “He (Richard) writes his book, the best seller and it’s all about what it was like in Sioux Lookout and living on the island and yet Nan’s not there. I just thought that was so unfair. I wanted to kind of restore her to the record.” She added, “A lot of people, they are familiar with the book. It’s in your local library. Yet, Nan is not mentioned in that book. Her husband had left her completely out of it because by that time they were divorced.” She added that the couple’s marriage fell apart while they were living on the island, followed by Nan moving to Sioux Lookout for a year and Richard moving to Chicago.

Champ shared that she felt Nan was more suited for that life in the wilderness than Richard. “She learned how to hunt, she learned how to trap, she got really interested in prospecting and so on. So, she, I think really loved it and he was, I think, happy to leave. He got a great book out of out. But it’s a book that people need to know, it’s not the whole story.”

As Champ perused previous issues of the Prince Albert Daily Herald in search of content for her newspaper column, back in 2018, a headline and photograph caught her attention. The photograph featured prospectors John Erdmann Albrecht and Nan Morenus examining some of their mineral finds in their hotel room in Prince Albert.

After Nan’s divorce with Richard, Champ shared that Nan went to Saskatchewan in the fall of 1948, from where she headed further north to Stony Rapids by herself on her dog sledge. She added that Nan later got married to prospector John Erdmann Albrecht in April of 1950. She had a baby in August of 1950 and she died in September of 1950 from complications of the childbirth.

Champ said that when she started working on this project, all she knew was Nan’s character had an interesting story to unfold. But, had no idea that there wasn’t much information out there about her. “She didn’t leave much behind. So, I’m really relying on people’s memories and old newspapers and things like that. I’m scouring archives. She was a writer, but I’ve only been able to find two articles that she wrote about her experiences in Sioux Lookout.”

Champ said that she managed to track down some of Nan’s family members. However, she only had one son who died in 2015. “There are years when I don’t know where she was. She didn’t leave even a will.” Champ has posted two out of a total of 23 of her blog posts about Discovering Nan Dorland. Her blog can be viewed at https://bit.ly/2PUfd9o.

“Who was Nan – or Mrs. Morenus – the actress-turned-writer-turned-prospector from New York City via northern Ontario? How did she end up in northern Saskatchewan? Where was Mr. Morenus and what was the nature of Nan’s relationship with John Albrecht? Where in northern Saskatchewan did they call home? I have found out the answers to some of these questions and am still trying to find the answers to others,” Champ shared in her blog.

Champ shared that while there will always be things that are going to be missing, she hopes to find as much information about Nan as she can. “Nan is actually a fairly obscure figure. But her life was unusual and intriguing, so even 70 years after her death, I believe she deserves to be remembered,” Champ shared in her blog post. “It’s so long ago now, who’s gonna remember her. But, if anyone does, I would be really grateful to hear what they remember,” she added.

Champ said, “I hope people will enjoy, sort of like a detective work on finding things and it’s like a journey of Discovering Nan Dorland and I hope the readers of this blog will enjoy that journey with me.” Anyone with any information regarding Nan can reach Champ via email at jo[email protected] People can also follow her on Instagram @discoveringnan, or leave a comment via her blog post. Champ hopes to find some correspondence and photos. Champ found the uniqueness of Nan’s life so fascinating that she decided to take up this project, which she feels could also make great content for a book, podcast, or even a movie. 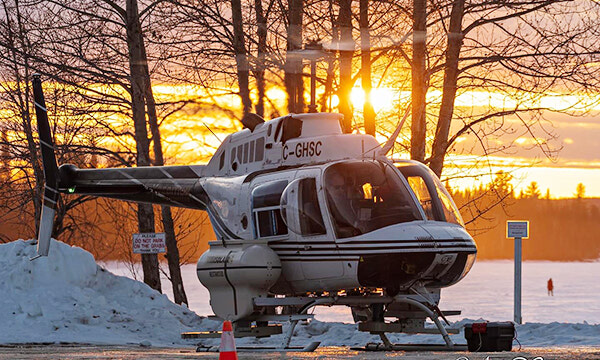 This year s annual aerial seeding for forest restoration over the Lac Seul Forest was conducted from March 4th until March 8th. The purpose is to ensure enough desirable tree seedlings germinate to establish a new forest stand, and help ensure that...