The morning arrived, sunny and warm, ice partly melted and shifted on the lake. I drank coffee, communed with the ducks, viewed the far shores through binoculars, squiggled in my chair waiting for the grand moment.
I pictured the imminent boat launch, first of the season, and hoped for the first visit to camp in the afternoon. Anticipation   was exquisite!
Late in the morning my small pontoon boat, Pelican Belle, fresh with new gas and charged up battery, started with the first crank and purred like a champ after her long winter rest atop a trailer, wrapped with snow.
After a brief warm-up, Belle and I slid gently off the trailer rails, into the water. It was exhilarating! I felt like the goldeneye I had pictured earlier. ZOOM!
A few minutes down the lake we turned into our camp bay. Dick's Hideaway is about a mile from the mouth, at the far end. From the beginning, as far as I could see, ice filled that whole section of the lake. I wasn't surprised, but had hoped west winds from the previous weekend might have cleared it out.
Turning around, I headed back up the lake, past the boat launch, and under the railroad bridge, yearning for at least a small open channel that would allow passage to our house in town. But, Nada. Ice everywhere.
Eventually, I boated to my friend Pie's house near the ramp from which I had originally launched, tied Belle to his floating dock, and started the walk to where I had left my truck and trailer.
I was disappointed and hoped for better luck another day.
Pie intercepted me on my walk to let me know the winds of the weekend had torn his dock from its anchors and it was just sitting there, untethered, bumping against the shore. 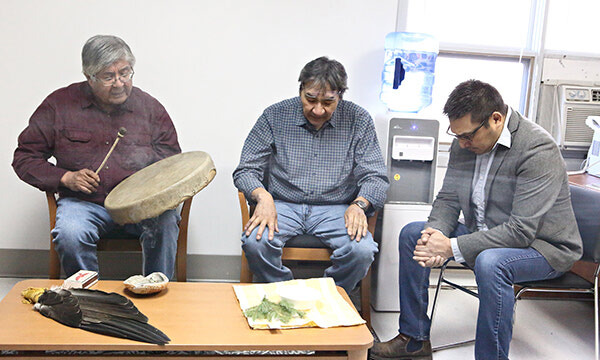 For many MPPs in Ontario, visiting their constituents can be as easy as taking a short stroll, or perhaps, a short drive.