About 1953 my good friend Drew Beck invited me to his birthday party on March 10. The two of us were about nine years old.

I don’t remember much about the party, itself, but I must have loved being there. For a few years after, as March 10 approached, I waited impatiently for my invitation to his next party, but I never was invited again.

Over many years I’ve been surprised how often I have thought of Drew and his March 10 birthday. My family moved from Vermont only a few years after and we have not ever been in touch these last 68 years.

Again this year no invitation came, so I took a picture here. One shows a cloudy, but warm, day with almost all the snow melted on top of the lake ice. That’s very early, but we have lots of ice in place that will probably stay another eight weeks or so. I predict April 28 for ice-out, on the early side but within the normal range. Between now and then we’ll certainly see more snow, maybe a lot more, piling up on the ice.

The other picture shows Grace and Wojo sitting at the end of our driveway, watching for the neighbors’ dogs to come out. Wojo is holding his stuffed fox toy, ready to share when the party starts.

I hope Drew has celebrated many birthdays over the decades and that he enjoyed a beautiful birthday yesterday. I didn’t really expect a party invitation, but I was ready to share my fox toy if the envelope arrived. 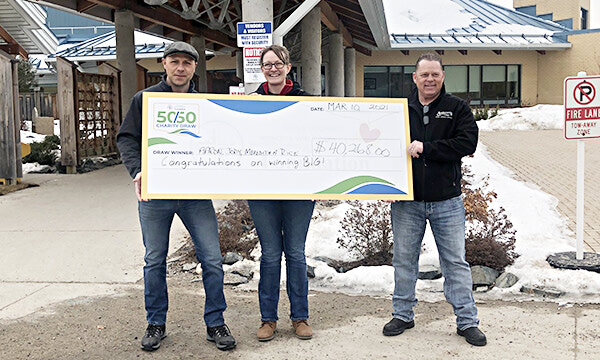