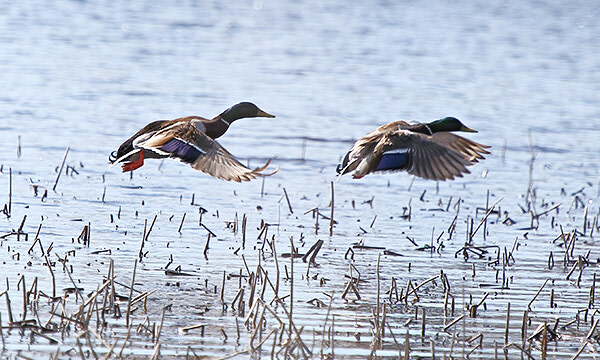 A pair of mallards skim the surface of Pelican Lake by the Travel Information Centre, a location where many species of migratory birds can be spotted.