Sioux Lookout Municipal Council accepted the second draft of the 2021 budget on Jan. 21 with a 0.3 per cent tax increase.

The budget will be presented at the February 17 regular meeting of council for ratification.

Changes to the Municipal operating budget since the first draft included an increase of $10,000 to the By-Law and Emergency Services Department for the purchase of a portable radar speed sign and mounting accessories after concerns were brought to the Municipality and council about speeding on Drayton and other area roads, an increase of $16,104 to the Corporate Services Department to continue using Zoom as a platform for council meetings, and a decrease of $67,225 to the Cedar Bay Day Camp program, which the Municipality will not be running this year due to COVID-19 restrictions.

Changes to 2021 capital projects from the first draft included removing Municipal Office Curbing, which was to have been paid for through taxation, and adding an alkalinity dosing system to the wastewater treatment plant, to be paid for through the Municipality’s utilities reserve.

Municipal Treasurer Carly Collins also informed council that the Municipality had also been notified it would be receiving $334,404.58 in Federal Gas Tax funding, which could be applied to infrastructure projects in the Municipality.

Collins shared as an example that for a residential, single family home worth $171,000, a 0.3 per cent tax increase would result in an overall property tax increase of $10.37.

Sioux Lookout Mayor Doug Lawrance shared, “The budget process was modified this year due to the restrictions imposed by the pandemic on gatherings and meetings. The Municipal Staff did a remarkable job as they continue to learn from experience, adapt to the challenges of the current times, and improve the budget process. Staff needed both to acknowledge that the pandemic has created hardships and to balance that against the need for the community to keep moving forward.”

He continued, “It was evident from Council discussion and direction in the first draft budget meeting and from public input that there was a desire for a minimal rate increase. Staff presented a small operational increase in the first draft of less than one percent and a tax supported capital projects budget that would result in an approximate 3% rate increase for consideration by Council. Following draft one Staff received input from Council and public. Staff were responsive to the input and creative in preparing the second draft which presented a slight year to year decrease in the operating budget which when combined with the tax supported share of 2021’s capital projects resulted in a tax rate increase of approximately 0.3%.

“Following good discussion at the Council table the draft two budget presented by Staff was put to a vote and accepted by Council with very minor modification.  While individual members of Council come to the table with different mindsets, it is my observation that as a Council we were very satisfied with both the budget process and the result.”

“In terms of individual citizens or families the Municipal budget takes less than 10% of the average taxpayers total taxes paid.  However Municipal budgets are scrutinized by the public much more closely than any of the other taxpayer funded budgets such as Provincial, Federal, School Board, Hospital Board, District Services Board, Public Health.  Because of that scrutiny, the involvement of local citizens as elected representatives on Councils, and the fact that the staff preparing the budget are also local citizens, Municipal budgets and processes are typically both lean and transparent – as is this the case for this years’ Sioux Lookout budget. Thank you to all staff, Council, and public for contributing to a successful budget process and result,” Lawrance concluded. 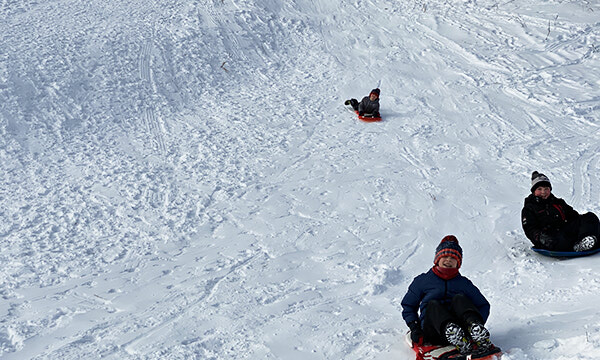 Community members have been making good use of walking trails in Sioux Lookout, as well as the community s cross-country ski trails, snowshoe trails, fat biking trails and Blueberry Hill for some sliding fun as ways to get outdoors and get some...