Clearing and maintaining municipal roadways and sidewalks during the winter, what’s involved?

A milder winter in the latter months of 2020 appears to have had an impact on the Municipality of Sioux Lookout’s winter control budget.

Jewell explained that the winter control season is not “set,” but essentially includes the months of November, through to the end of April. However, winter storm events and subsequent road maintenance required outside of the aforementioned time period is attended to on an as required basis.

When it comes to clearing and maintaining area roadways, Jewell explained, “The Municipality follows the specifications for winter control maintenance as set out in the Minimum Maintenance Standards for Municipal Highways (O.Reg. 239/02) from the Municipal Act, 2001. The principle on which governs how the specifications within the Minimum Maintenance Standards for Municipal Highways are mandated for specific roads is the assignment of road classification numbers to individual road segments; road classifications are assigned/determined by the road’s maximum assigned speed limit and the volume of vehicular traffic (average daily traffic).”

Jewell shared, “Within the Municipality, the highest road classification assigned to a road/street is Class 4 which is essentially the arterial route through urban Sioux Lookout and the route to Meno Ya Win hospital (Wellington Street and portions of Front Street, Third Avenue, King Street, Alcona Drive and Seventh Avenue). For Class 4 roads (totaling 4.3 Km in the Municipality), snow plowing is to commence as soon as practicable after 8 cm (3”) of snow accumulation has been received and completed within 16 hours.

“For Class 5 roads (totaling 34.5 Km in the Municipality), snow plowing is to commence as soon as practicable after 10 cm (4”) of snow accumulation has been received and completed within 24 hours.

Jewell said a road classification map is posted on the Municipality’s website for public reference.

Jewell explained that the Municipality does not maintain municipal roads in the winter the same as the province maintains highways to bare pavement (for the most part).

“The province (MTO) has its own policies and specification for their highways and a considerable budget for such maintenance. The Municipality maintains roads during the winter in a snow-pack state for the following main reasons:

1. “The Municipality does not operate its snow plows with direct contact between the carbide cutting edge of the snow plow (the Municipality does not equip its snow plow blades with carbide cutting edges) and the pavement/road surface because of the many obstacles that are present within municipal roadways that need to be considered when snow plowing such as sewer manholes, watermain valves, stormwater catchments, etc.

2. “The Municipality does not employ the use of road salt to the extent that MTO utilizes for provincial highway winter maintenance mainly because of cost. The Municipality procures road salt out of Thunder Bay for a cost of approx. $127.50/tonne or $137.50/cubic yard and therefore to utilize road salt to maintain municipal roads to bare pavement throughout the winter months would be a significant expense.

3. “The Municipality is not responsible for a road/street/lane within the municipal boundary with an assigned speed limit in excess of 50 km/hr and therefore snow pack roads with sand applied for traction is deemed adequate for safe vehicular travel at such speeds.”

“With walking trail(s), such as the Umfreville Trail, winter control activities could be considered a “courtesy service” provided by the Municipality as trail winter maintenance is not governed by provincial legislation. The current winter control work conducted on the Umfreville Trail is a split responsibility between Public Works and Recreation Departments and does not include the portion of the trail that is designated as a segment of the Trans Ontario Provincial snowmobile trail network,” Jewell concluded. 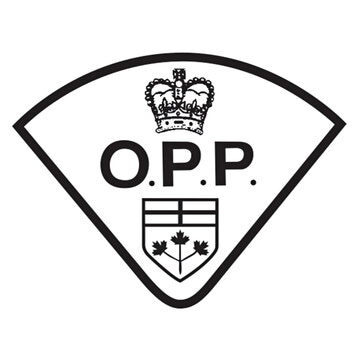 With the widespread use of seasonal ice roads, officers from the Pickle Lake Ontario Provincial Police (OPP) detachment would like to remind drivers using these roadways that all driving restrictions set out in the Highway Traffic Act and Criminal Code...