St. Andrew’s United Church was packed on June 3 for An Evening of Classic Music, presented by Boreal Music.
The evening featured classical music performances from local musicians. Proceeds raised through the event, $250, were donated to the Independent First Nations Alliance to support Pikangikum First Nation evacuees.
Performers included: Myriam Bernier (voice), Ada Wassink (piano), Meritt Penner (violin), Arden Penner (piano), Rebecca Crane (voice), Janelle Hutten (piano), Emily Raber (piano), Heidi Weaver (voice), Cameron Airlie (voice), Matthew Craig (voice), Bob Johnston (voice), Carol Wood (voice), and Florence Woolner (voice).
The evening marked the 22nd concert for Boreal Music, but it was the first one since 2014.
“This is our 22nd concert, but we haven’t had one for five years. We decided to get back at it, and it was about two months ago that we sent out word to everyone,” shared Florence Woolner.
“This is quite a different concert, this one. We’ve never had this amount of singing before,” shared Bob Johnston.
Seeing a full crowd come out to support and enjoy the musicians was a refreshing sight for the performers.
“I was very encouraged to see all the people here,” said Ada Wassink.
Audience members gave the performers a standing ovation to close the show following what people thought was an impressive night of performances.
“I think that’s the idea behind a local classical concert is to allow the talent that we have here to show itself, and I think it did tonight. It was very, very impressive,” Woolner concluded. 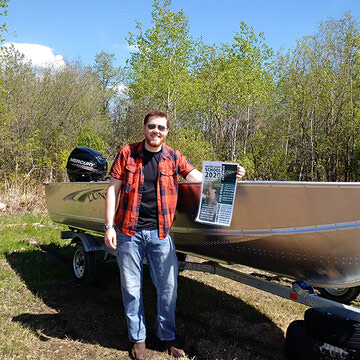