For the last few months, Sioux Lookout has been home to French-Canadian singer-songwriter Andee Leclerc-Kameda, who found local inspiration to complete her new music album, One Plus One Equals Us.

Leclerc-Kameda, originally from Quebec City, said that the album is about the journey of the second half of her twenties, about growth and selfless love. “I am hoping that people can relate to the songs, whoever you are, wherever you live, I think that’s the beauty of music, that it can make us come together, even in times when we’re not always together.”

Leclerc-Kameda said that this is her second album as a solo artist, produced with some help from her husband Kori Kameda. The husband and wife duo form a band called Opera Blue that performed at the dock and shore concert last fall in Sioux Lookout. The duo sang a song at that concert titled, Les idées immenses, from Leclerc-Kameda’s new album. One Plus One Equals Us is a pop album with three French and nine English songs, which was released on March 26. The album can be streamed at https://fanlink.to/oneplusoneequalsus and other streaming platforms, or bought on iTunes.

Leclerc-Kameda said that the last song for her album that she worked on with Kori, titled The Sea, was written and recorded in Sioux Lookout, and was one of the major parts of their work done locally. She added, “The Sea, I think, it was inspired by living by the water, and being close to nature. It’s a song about welcoming changes, letting things go, maybe letting someone go, and acceptance. I think people in Sioux Lookout can probably relate to that, the image of water, and changes, and reflecting.” Leclerc-Kameda added that they worked a lot on their album during their stay here.

Kori’s grandmother Vera Kameda-Lacroix, who is hosting the couple, shared, “What an opportunity it has been for the three of us! Kori was just a child when he spent very much time with me but in every visit throughout his life he always made sure he sat down at my piano. Little did I know that one day he and his wife would be setting up a recording studio in my home.”

Leclerc-Kameda said that similar to other people, having lost their jobs, dealing with some identity crisis, and moving from Toronto, the past year had been rough on them. She added, “Kori and I went through a lot of changes together recently. So, it was definitely inspired by the last year.”

Leclerc-Kameda shared that they plan to move to Quebec in the upcoming months, where they will continue their work on other projects. She said, “When we leave, it would almost be a year in Sioux Lookout. It was an incredible opportunity for us to live in such a beautiful town and we really enjoyed the dock concert, want to thank people who came to the concert, because it is always great to see people supporting music. We really found our time in Sioux Lookout inspiring.”

Kameda-Lacroix shared that she admires the couple’s work ethic. She added, “They have taken the challenges that the pandemic handed out and turned it into an opportunity to regroup, and prepare themselves for the new life ahead. I am so proud of them both. Andee’s achievements with this release of her new album is the highlight of the year. I especially appreciate that this album truly reflects Canada with songs in both French and English.”

Leclerc-Kameda said that while Opera Blue is a brand new project, they were able to do a lot of its recordings from their home studio in Sioux Lookout. She said that they hope to be back in Sioux Lookout soon, and possibly conduct another concert, especially, since they also have family here. “We were really lucky to be living here with Kori’s grandmother. It was amazing to be living with her. She welcomed us with open arms and it was very special.” 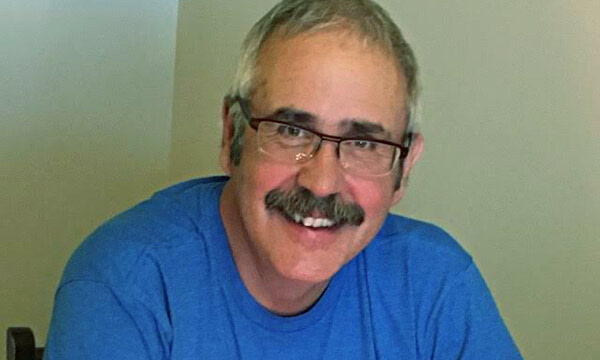 St. Andrew’s United Church served virtually by minister over a thousand kilometres away

Rev. Dr. Peter Bartlett, who has undertaken the role of a virtual minister at St. Andrew s United Church (SAUC), is serving the church from hundreds of kilometers away, near Kingston...