Karl Duewel, Detachment Commander, Sioux Lookout Detachment shared that, “The Festive RIDE (Reduce Impaired Driving Everywhere) campaign is an annual police enforcement and education initiative aimed at taking impaired drivers off Ontario roads during the holiday season.  The Festive RIDE campaign is led by the Ontario Association of Chiefs of Police and involves a collaboration among Ontario police services to keep roads free of alcohol-impaired and drug impaired drivers.”

“During the campaign, the motoring public in Sioux Lookout, Pickle Lake, North Caribou Lake, KI and Wapekeka can expect to see an increased OPP presence as officers conduct RIDE initiatives 24 hours a day, 7 days a week in our communities and throughout the province,” Duewel stated, adding, “Residents of our detachment area are reminded to do their part during the campaign by never driving after consuming alcohol or drugs and never letting anyone else drive if you know or suspect that they have consumed either.”

Police are asking the public if they know or suspect that a driver is impaired by alcohol or drugs to call 9-1-1, and possibly save a life.

Michael Kreisz, Staff Sergeant, Detachment Manager, Sioux Lookout OPP, shared, “Everyone has a role to play in keeping our roads safe. If you plan on drinking or consuming drugs, plan to not drive. Instead, arrange for a designated driver, take a taxi, or come up with another plan that takes impaired driving out of the picture. Citizens are also encouraged to call police if they suspect that someone is driving while impaired by alcohol or drugs. These measures can go a long way in keeping impaired drivers off our roads.”

Sioux Lookout Police Services Board Chair Darlene Angeconeb shared, “We wish everyone a safe and happy holiday, the RIDE Program will be happening, and we wish everybody a good Christmas or good holiday.”

Sioux Lookout Mayor Doug Lawrance, also a member of the board, added, “There’s no reason why people can’t comply, and I hope their interactions with the RIDE Program are positive and we’re glad the RIDE Program is here to help us remember to do things right at this time of year.”

Pickle Lake Mayor Dwight Monck shared of the Festive RIDE campaign, “We promote it 100 per cent and we’re behind the officers. Anything we can do to encourage the roads to be safer.”

“The Mandatory Alcohol Screening law gives officers who have an Approved Screening Device (ASD) the authority to make a demand for a roadside breath sample from any lawfully stopped driver to determine whether a person has alcohol in their body, without first having to suspect the motorist has been drinking,” Duewel explained, adding, “It is mandatory for drivers to comply with this demand or they can be charged with failing or refusing to provide a breath sample. Mandatory alcohol screening is currently in place in more than 40 countries, including Australia, France, Germany, Ireland, and Sweden. The OPP supports any law that helps reduce the number of deaths that are linked to impaired drivers.” 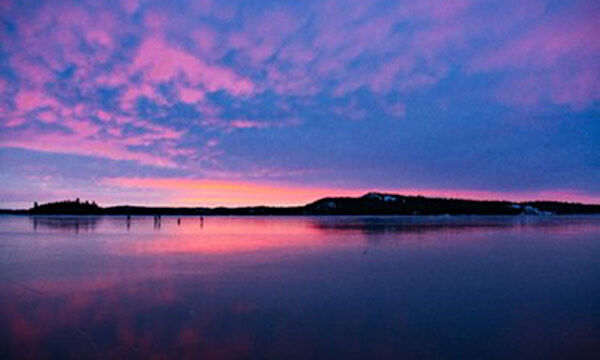 The Municipality of Sioux Lookout recently wrapped up the It s a SIOUXtiful Life photography contest which gave local photographers a chance to share their unique talents, with an emphasis on photos that showcase the natural beauty of our area...