Another big winner in the SLMHC Foundations 50/50 draw

Another draw, another lucky winner. The first Sioux Lookout Meno Ya Win Health Centre (SLMHC) Foundation 50/50 draw prize of 2022 has been drawn and Lori Butler of Longbow Lake was the lucky recipient of $20,395 in the draw, which took place on Jan 14.

As Butler explained, she likes to support both SLMHC and the Lake of the Woods District Hospital Foundation (LWDHF), explaining, “I don’t buy every month, but I’ve been trying to support both SLMHC and the Kenora hospital…alternating between the two. I received an email for SLMHC last month about doubling up on tickets, if I spent $20… 200 tickets instead of 100. That was definitely my incentive to buy.”

Butler added, “I was actually driving when I received the call about winning. I don’t deal with my phone while driving so it was a while later that I even heard the (voice mail). I was ecstatic when I heard I’d won. I support many charities, but I’ve never won any amount like this.” Butler supports many charities, stating she always likes to give when she can.

The SLMHC Foundation is ready for another exciting year of fundraising through it’s 50/50 draw. For information on future 50/50 and Early Bird Draws, people can visit the SLMHC Foundation website at https://slmhc.on.ca/foundation/foundationdraw/, as well as on it’s Facebook and Instagram accounts. 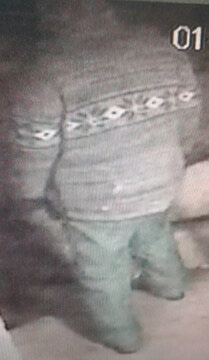 Members of the Ontario Provincial Police Sioux Lookout Detachment (OPP) are looking for assistance to identify a suspect in a break and enter incident at a downtown business...