Sioux Lookout’s long-standing holiday season tradition, Stuff A Cruiser, will take place on December 5.
Community Mobilization and Safety Officer, Andrea DeGagne shared with The Bulletin, “The First Step Women’s Shelter and Sgt. (Jean) Duguay of the Sioux Lookout Ontario Provincial Police (OPP) have been diligently planning in order to coordinate the 12th Annual Sioux Lookout “Stuff-A-Cruiser” Christmas Drive.”
DeGagne added, “There will be donation stations set up at Fresh Market Foods, Giant Tiger, and Red Apple stores in Sioux Lookout, and OPP officers will be attending each location at designated times throughout the day to collect new, unwrapped toys and non-perishable food items in support of local families in need.” The donation drive will begin at Fresh Market Foods between 10 a.m. and 12 p.m., moving to Giant Tiger from 12 p.m. to 2 p.m. and finally at Red Apple between 2 p.m., and 4 p.m.
DeGagne shared that the donations can also be dropped off prior to the event, at Fresh Market Foods, Giant Tiger, and the Red Apple, or at the Sioux Lookout OPP Detachment.
Donations will assist organizations such as First Step Women’s Shelter in helping local families this Christmas.
“First Step Women’s Shelter provides support services for all local individuals and families who require some additional support throughout the holiday season. This year has presented some additional hurdles, as the pandemic has been difficult on many families and options for making donations are limited. Many toy drives have been cancelled, with organizers instead opting for cash donations. The Women’s Shelter has advised that requests for support have already started to come in and the need this year is incredibly high,” stated DeGagne.
Transitional Housing Support Worker for the First Step Women’s Shelter, Laura Duguay said that this program helps provide for underprivileged families, to help make the holiday season a joyous time for all. Duguay said, “It’s just to help people that are in need in our community through this, through the holiday season.” Duguay said that whatever monetary donations they receive are used to purchase the remaining items that they don’t have or are short on. She further said, “We’re really thankful for the community support. Without their support…the program itself, it wouldn’t exist, it wouldn’t be possible.”
“We are grateful to be able to assist the Women’s Shelter with this important cause.  Over the years, I’ve always been so impressed with the generous nature of our community especially during the holiday season,” concluded Sioux Lookout OPP Acting Inspector Karl Duewel.
In a separate initiative, the OPP will be collecting unwrapped toys and non-perishable food items at the Christmas Car Parade the following evening to help local families this Christmas. 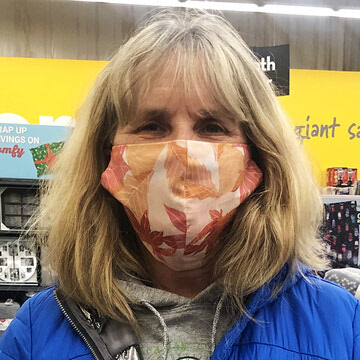 Question of the Week: Are you preparing for the holiday season earlier this year?