An agreement has been reached among the Kenora District Services Board (KDSB), Canadian Union of Public Employees (CUPE), and the Municipality of Sioux Lookout, to continue child care services in Sioux Lookout.
KDSB shared in a March 22 news release that it will begin operations of the Early Years and Child Care Programs on April 4. On April 1 the KDSB will be onboarding all staff who transferred over from the Municipality of Sioux Lookout’s child care operations.
“As a Board, we felt it was imperative to be open in moving forward with all parties involved, as child care and early years programming is the cornerstone for positive child and family engagement, and resiliency in our communities. We look forward to welcoming Sioux Lookout child care staff to the KDSB. We thank them for their passion and commitment to instilling lifelong learning and well-being in the community’s children and families,” shared Barry Baltessen, Board Chair of the KDSB.
“Families, workers, and the broader community of Sioux Lookout rallied together to save Sioux Lookout child care—we are truly thankful for their unwavering support and quick action to ensure the continuity of vital child care services in the region,” stated Kristin Wray, a parent, child care worker, and Acting-President of CUPE Local 2141 (the union representing the impacted child care staff) in a March 23 news release. “It’s a relief for families, workers, and our community who all benefit from quality child care provided by workers who are treated with respect and dignity.”
The Municipality of Sioux Lookout had announced in a February 3 news release that it would cease to offer child care services and close the Biidaaban and Sioux Mountain Children’s Centres at the end of the day on March 31.
“Our community is the last in the region to transfer Municipally-run child care services from the Municipality to the Kenora District Services Board,” Sioux Lookout Mayor Doug Lawrance had previously shared in a September 7 municipal news release, adding, “this was a difficult but financially prudent decision for Council.”
“The municipality’s shameful decision to close the centres, and issue layoff notices to 17 frontline child care workers, following the KDSB’s refusal to move forward with the service transfer, left workers, families and the broader community rightfully concerned and fearful of service disruption,” Wray stated. “We’re thankful that the KDSB has ultimately chosen to accept dedicated, highly skilled, and experienced child care workers, and their current workplace rights, especially now as a widespread child care worker shortage and waitlists for child care continue to leave families without the necessary support they need.”
KDSB shared, “All parties involved worked hard to ensure a transfer would be as seamless as possible, with families seeing minimal or no disruptions in programming. Following the transfer completion from the Municipality of Sioux Lookout to the KDSB, the KDSB will continue to work with the Ministry of Education to ensure that all 109 children on the current wait list in Sioux Lookout have access to high-quality, accessible, and affordable child care by September 1, 2022; this will include the creation of school-age and JK/SK before and after-school programming.”
“Families and workers simply wanted to see a seamless transition of services where service quality, space accessibility, and workers’ rights were maintained and protected,” Wray said. “From the beginning, workers have always wanted to continue doing the important care and early learning work they do for the families of Sioux Lookout, and maintain their current, modest working conditions that were not guaranteed in the service transfer agreement.”
Wray said following the agreement, child care staff in Sioux Lookout are “extremely relieved” and “happy to continue service as usual.”
“The union, we’re pleased that KDSB has ultimately chosen to accept the workers and current collective agreement,” Wray said.
“I don’t think I can say it enough but absolutely amazing support that this community has shown. It truly is,” she said.
KDSB Chief Administrative Officer Henry Wall shared, “I think that for all parties that worked fairly hard over the last number of weeks, to now bring us to this situation where child care will continue, but not just in the way it has been, we look at, come April 4, with KDSB stepping in, and also with us being in a position having made job offers to the impacted child care staff, and to be a position come April 4 to look at addressing and supporting all children and families on the wait list come this fall, that’s pretty exciting. To be able to go in a community where there are over 100 children on the wait list waiting for child care to now working towards, come September, to have most on the wait list have access to affordable child care, barring nothing catastrophic happens, that’s pretty exciting.”
Wall said the existing Biidaaban and Sioux Mountain Children’s Centres are already designed and built to accommodate over 150 children, giving KDSB the space it needs to address the wait list for child care in Sioux Lookout.
He added, “For the staff coming over, in terms of wages and benefits and so forth, they will see no changes to that. We’re pretty pleased that we were able to come to that kind of an understanding.”
Wall concluded, “We can appreciate from the parents’ and communities’ perspective that it was a bit of a roller coaster ride. I think the fact that we’re still here, a lot of different arrangements, agreements had to be put in place. These things can sometimes take a couple of years and so I think for it to come together in a couple of months is going to speak to the commitment from everybody around the table… I think in a couple of months we’re not going to look back, I think anybody in the community, and regret this. I think if anything, what’s going to happen is we’re going to have a more robust, sustainable, and larger childcare program in the community.” 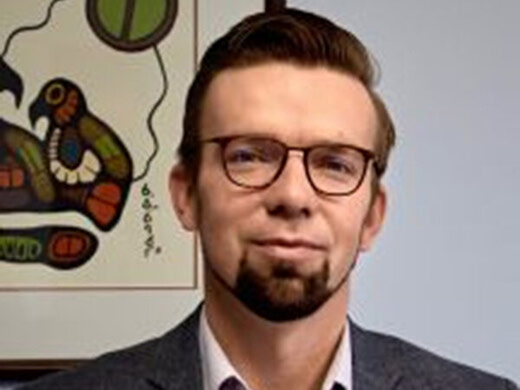 Putting an end to homelessness in the region will take a community wide effort but is ultimately a goal that can be realized.
That's the key message Kenora District Services Board Chief Administrative Officer Henry Wall shared...