“I started when I was a kid (at the age of 8) and I kept on trapping all the years I’ve been around,” 96 year old Sioux Lookout resident Adam Zarecki shared when asked about receiving the OFMF's Lifetime Achievement Award.
“My dad was a trapper too. I guess that’s why I started too and my brothers. It was the only thing I knew to start with until I started working on the railroad,” he continued.
Zarecki worked for the Canadian National Railway for 10 years.
“He started trapping weasels, squirrel and fox around the town and along the railway, never getting more than 25 cents per pelt. Checking traps before school graduated into tedious treks by snowshoe, stopping at trap shacks along the way for sleep and warmth,” his nomination, written by his great-nephew Anthony Zarecki and submitted by the Sioux Lookout Area Fur Managers Council, shared.
“Adam can only recall missing five seasons of trapping. The first being while he served in WW2 and the second was during his employment with the CNR,” his nomination further informed.
“By the late 60s, Adam had a young family who would often accompany him to his trapping cabin, hand built by Adam himself with an axe and handsaw.
“He attributes his long career in trapping partly due to the forestry industry. Use of their access roads allows him to further his range and sometimes they'll even plow an area for him to offload his 1972 Elan so that when the road ends he can continue on his way.
“Since beginning trapping as a child, he has always been willing to offer advice, opinions and encouragement to aspiring trappers and outdoorsmen. Through the years he has brought along many helpers on trips to the trapline, his partner most often being his great nephew Anthony,” Zarecki’s nomination further shared of his trapping career.
Sioux Lookout was to have hosted the Ontario Fur Managers Federation’s (OFMF) Annual General Meeting in August, where Zarecki would have been presented his lifetime achievement award, however the AGM had to be cancelled due to the COVID-19 pandemic.
Ever humble, Zarecki said of receiving the award, “I think it’s pretty good.” He said he was quite surprised to receive the award.
Zarecki said he has seen a lot change over his years of trapping, “When I first started, when I was a kid, there was no marten around or fisher. Otter were scarce, but now there’s furs very, very plentiful. Everything is here now, wolverines, everything.”
“In most of our communities, there live/have lived those elderly trappers who have had long and honourable trapping careers. Many have made significant contributions to the cause and the continuation of trapping, sometimes without even realizing it themselves. They may have been especially productive trappers, they may have been premier fur handlers, they may have been long-time members of trapping organizations, and they may have mentored younger trappers throughout their careers. In short, their trapping careers, when taken as a whole, may have benefited and served as an inspiration to many. The Ontario Fur Managers Federation has established a LIFETIME ACHIEVEMENT AWARD to honour just such individuals,” The Ontario Fur Managers Federation’s Lifetime Achievement Award nomination form states. 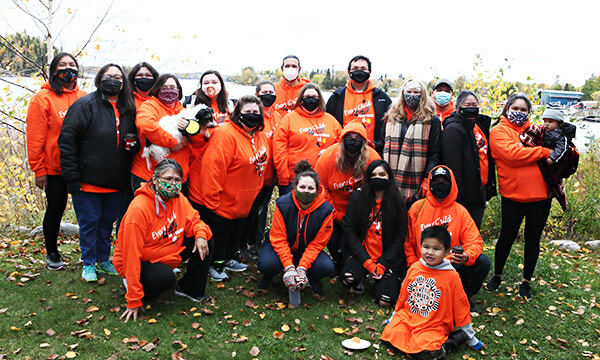