If you thought September seemed a bit warmer than usual, you weren’t mistaken.

According to Environment Canada, September had a few surprises up its sleeve, with an average daily temperature of 18.9 °C, a bit above the 16.6 °C that is normal for the month, with a record-breaking day occurring on Sept 29 when the temperature reached 25.7 °C. This broke the former high temperature record, 24.4 °C, which was set in 1945.

Rainfall amounts were higher than normal with a total precipitation of 142.6 mm which is well above the 91mm we usually see in September. This is about 150 per cent of climate normal for this time of year.  September 20 brought 60 mm of rain in one 24-hour period; this was associated with a low-pressure system that was slowly moving across Northern Ontario.

Environment Canada shared of upcoming weather trends, “Heading into October, there’s not really a clear signal as to how things are going to go for the month. There’s a wide variety of solutions that are being depicted, but it is the fall and that generally means low pressure systems making their way through the area, which means a lot of rain. We are expecting it to be warmer than normal so there is a very small chance of snowfall before the end of the month, but I think, in general, it’s going to be purely rain for October.” 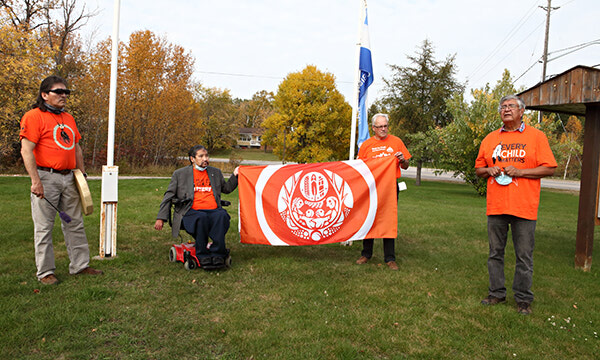 Truth and reconciliation in Sioux Lookout

September 30th was Orange Shirt Day and the first National Day for Truth and Reconciliation,,.