A warmer start to the winter season

The commencement of this year’s winter in the Sioux Lookout area carried warmer than normal seasonal temperatures with reduced snowfall. Warning Preparedness Meteorologist with Environment Canada, Gerald Cheng said, “We face fluctuations from year to year. So, it depends on the year, it depends on the weather pattern of the year. Last year, it was quite normal and this year we’ve been experiencing warmer than normal temperatures.”
Cheng said that for the month of November, Sioux Lookout’s daily average temperature is -4.9°C and the average monthly snowfall is 42 cm.
He said Sioux Lookout’s daily average temperature for the month of December is -14°C and the community’s average monthly snowfall for the month is 37.3 cm.  These averages are based on data collected over a span of 30 years, with the most recent being between 1981 and 2010.
Cheng shared that this winter, the region witnessed a daily average temperature of  -2.6°C and an average snowfall of 1.2 cm in the month of November, and -10.9°C for the month of December, with a trace of snow, insufficient to be quantified.  He clarified that there has been some missing data for the average monthly snowfall for the month of November and December this year.
Cheng said, “It really has to do with the weather pattern of the month that we’ve been living through in the area and it’s just that the jet stream was pulling a bit more warmer air to the area. Especially, we had a huge warm up in the beginning of November, where temperatures got to the teens, the highs, so that really pulled the average up.”
He explained that a jet stream is a fast-moving current of air, indicating the dividing line between warm and cold air masses. The position of jet streams provides valuable information on the movement of air masses and weather systems that affect our day-to-day weather.
Cheng said that this past November, the nation experienced warmer than normal temperatures from southern Manitoba, all the way into The Maritimes. He added, “But there were parts of this country that experienced cooler than normal temperatures. Such as, parts of the Northern Prairies, into the Northwest territory, and also into Yukon.” 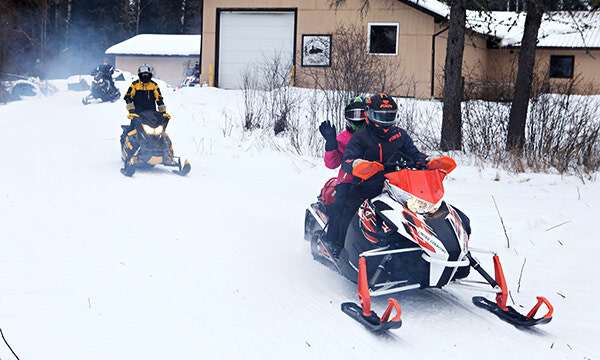 The Ojibway Power Toboggan Association (OPTA) continues to prepare local snowmobile trails for the season, while awaiting vital conditions to open. OPTA also declared the winners for this year s Snowmobile Raffle on December 26 via Facebook live. The...