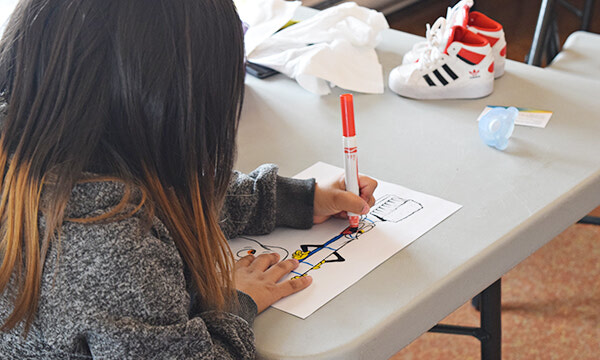 Parents and children were able to enjoy a free lunch, along with activities and gathering information, during Family Dental Day at the Nishnawbe-Gamik Friendship Centre on March 15.