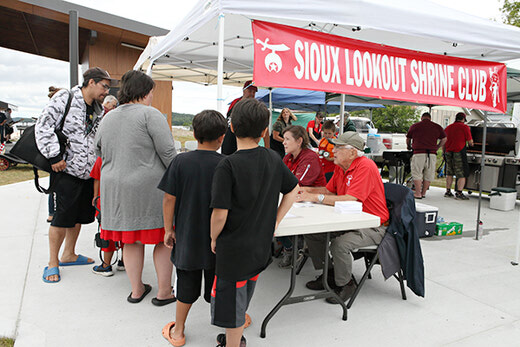 Hotdogs, hamburgers, fries and fudge were sold at the Town Beach on July 29 by members of The Sioux Lookout Shrine Club. Proceed will go to the Shrine Travel Transportation Fund...