This fun-filled 10 day festival that celebrates Sioux Lookout and the people that live here will be running from July 30 to August 8 this year, with approximately 70 events for visitors and community members to partake in. Blueberry Festival Coordinator Jessica Darling said, “We are really excited that we are going to be able to do lots of our in-person events and modified events with COVID’s new restrictions. We are excited for what’s to come this week.”

“Last year we had to really eliminate and stop various events, because a lot of the events that we normally have for Blueberry are open crowds, and we expect lots of people to show up. Well, last year we couldn’t, because of COVID restrictions. We had to put a stop on a lot of the regular events that people were expecting to see at Blueberry Festival. We did a lot of virtual things and drive-thru’s,” said Blueberry Festival Committee member Charron Sippola. “This year we have doubled the amount of events and hopefully next year for our big 40th, we’ll be back to full force,” she added.

Some of the festival’s inaugural day highlights were the Opening Ceremony and Northwestern Farmer’s Market, along with the announcement of the recipient of the Jack McKenzie Memorial Award.

“We have a rock painting event that is new, on August 4, that happens at the Travel Information Centre. We are doing a Fairy Garden Contest all week long, so people could make them in their yards and we’ll judge them,” said Darling. She added that a blueberry cheesecake take-out sale at the Legion on August 5, and the virtual Sioux Mountain Music Festival on August 8 are some other popular and fun events scheduled to take place in the coming days. Brochures with detailed information regarding Blueberry Festival events can be found at the Travel Information Centre.

“Blueberry (festival) is a time for all the organizations to do fundraisers and hold events, and it’s been 39 years for us. It’s been a time when families come back to visit their grandkids, people that lived in Sioux Lookout come back, and there are weddings and all sorts of celebrations and reunions going on during that week. So, that’s probably why it has been successful for 39 years,” said Sippola. It’s just a fun time to enjoy and take part in,” she added.

The Third Edition of Sioux Lookout’s history book Track Besides the Water states about the festival, “The Blueberry Festival has been very successful in our region due to the opportunity it affords non profit and service groups to organize fun events the community enjoys, while serving them in raising funds. This decreases their dependence on donations from the businesses that make up our community.

“The ten-day festival is packed with events aimed at the youngest to the oldest, from the athletically inclined to the most sedate sports enthusiasts, from those who love to participate to those who just enjoy watching.”

The festival has come a long way, while continuing to add character to its mascot, Blueberry Bert, who began as just a head with his crown.

According to the Sioux Lookout Blueberry Festival’s website, “The Annual Sioux Lookout Blueberry Festival was initiated by the Chamber of Commerce in 1983. This was an idea from three executive members – Marnie Hoey, Dick Davidson and Allan Pizziol.  Allan was the person who suggested that “Blueberry” be used as the theme because of the abundance of delicious blueberries that grow here in August.”

“Organizers have witnessed the growth of what started as a few fun events in 1983 to a grand summer celebration that attracts hundreds from around the region!” stated Tracks Besides the Water.

Darling said, “I think it signifies the beginning of the end of the pandemic. We are allowed to gather a lot more people this year and have more events than we were able to last year. Of course, last year’s festival was fun, but we are definitely looking forward to…an even better one in 2022.” She added, “Come on out to as many events as you can. We hope you guys have a lot of fun this year.” Darling reminds people that festival t-shirts are available at the Travel Information Centre, which supports the operations of the festival. 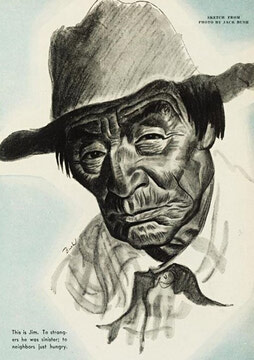 The following is the eighth installment in a series about Nan Dorland, a radio star from New York City who spent six years on what is now Winoga Island on Abram Lake during the 1940s...