In a post on the Sioux Lookout bird watchers public Facebook group on April 26, planning committee member Merle Burkholder announced the decision not to have a Sioux Lookout Bird Walk event this year.
“The planning committee has been discussing the 2020 Sioux Lookout Bird Walk. We don't see a way to do it and maintain the physical distancing that we are all being asked to do this year. For that reason we have decided not to have the Sioux Lookout Bird Walk event in 2020. We have enjoyed it the last two years. We know many of you have enjoyed it as well. We hope to be able to hold a similar event in 2021,” the Facebook post read.
“We’ve done two years so, if we had done it this year, would’ve been our third year. We just couldn’t figure out how to do it and maintain social distancing,” said Burkholder.
Last year’s bird walk, which took place on June 1, saw 50 participants identify 54 species of birds throughout the Sioux Lookout area.
Bird watchers, photographers, and those new to birding have been utilizing the public Sioux Lookout bird watchers Facebook group to feature photos and discuss the diverse bird population in Sioux Lookout.
As of May 1, the group has seen 35 new people join, raising the member count to 283, and 141 new posts in a 30-day span.
“It’s encouraging… It’s an informal place for people to share pictures and notes about what they’re seeing. Right now is the spring migration, so there are lots of birds returning for the summer. It’s exciting to see what’s coming every day. To see people’s pictures also helps us to be in touch with what’s coming and what’s here now,” said Burkholder.
“Even for people who aren’t really into bird watching, who aren’t birders, I think they find it interesting to see what all we do have here because there’s a lot of variety and a lot of diversity in bird species here. If you’re not tuned into it then you’re not really aware of that… I think people enjoy it because it gives them a bit of a window into what actually lives here.
“It is a place too for people to post pictures of birds they’ve seen. If they don’t know what it is they can ask. We have people in town who are pretty knowledgeable about different birds… If you’re seeing a bird and you don’t know what it is, you can take a picture of it, post it there, and someone will know what it was,” he added.
The group can be found by searching Sioux Lookout bird watchers on Facebook. 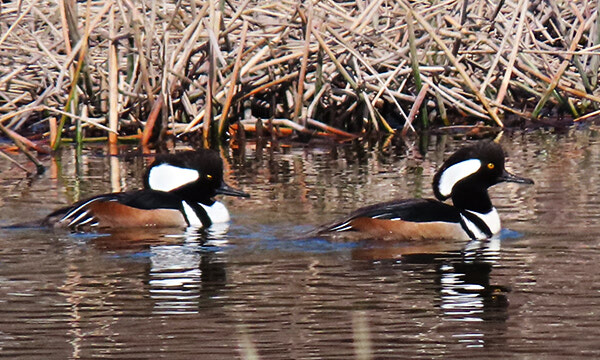 There s something nice about discovering in the late afternoon that you slipped a wrong button in the top hole and have been wearing your shirt cockeyed all day and nobody has noticed.