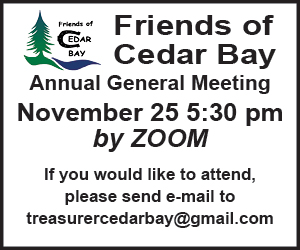 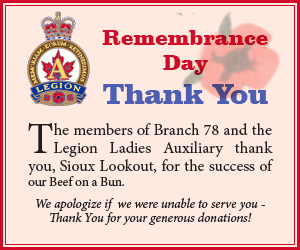 National Police Week was recognized across the country from May 10 to 16.
“National Police Week began in 1970 as a way for the police to connect with their communities and to increase awareness about the services they provide,” the Canadian Association of Chiefs of Police (CACP) shared on their website cacp.ca.
“This year marks the fiftieth anniversary of National Police Week, and over the decades, community relations have remained an essential component of public safety. Many police services continue to strive to be more representative of their communities, to be more responsive to their needs, demands and expectations, and to evolve with ever-changing social, legal and criminal realities.
“The theme for 2020 is “One Uniform. Many Specialties”. Police services are invited to feature the front-line, specialized teams (e.g. canine unit, diving team, etc.) and behind-the-scenes professionals (e.g. dispatchers, investigators, etc.) within their agency,” the CACP shared.
Sioux Lookout Mayor Doug Lawrance praised Sioux Lookout OPP for their continued service in the community.
“The Municipality is grateful for the service provided by our local OPP Detachment. We have an excellent working relationship with the Detachment leadership.  The Sioux Lookout Officers engaged in many community activities that go above and beyond traditional policing. On behalf of the Municipality I send thanks to each and every Officer, the leadership team, and the civilian staff at our local Sioux Lookout OPP Detachment,” said Lawrance.
Due to COVID-19, both the Lac Seul Police Service (LSPS) and Sioux Lookout OPP Detachment said they were unable to commemorate the event. LSPS said this year marks their 25th anniversary, which they hope to celebrate with the community in the fall.

Kenora resident Tania Cameron, who is the North West Regional Coordinator for Indigenous Sport & Wellness Ontario, has been working with farmers in the Winnipeg area who are looking to offload potatoes. Cameron has been delivering those potatoes...
Read More