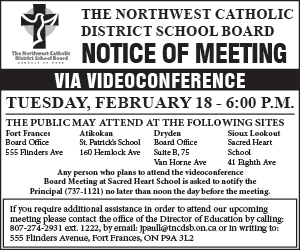 Letter To The Editor:

Let me introduce to you, the tax paying citizens and your families, a project promoted and presented by the previous Municipal Council, and the present Mayor, for over THREE MILLION DOLLARS of your hard earned taxes (Federal and Provincial included), a place you can all enjoy, the Town Beach.
It seems that a flawed execution of design, and the process of political determination will take precedence over your public input, your expressed concerns, and ultimately your health and wellbeing.
The intention of the Mayor, as expressed in his inaugural speech back in December of 2018, was to force upon our community the waterfront development plan, ignoring expressed public concerns on such a flawed and poorly thought out design, and casting a blind eye on the very critical circumstances of the existing and on-going environmental contamination so obvious at the Town Beach.
Though Municipal Council at the time directed their Staff (May, 2018) to arrange a second public meeting due to the poor presentation and content at the “open house” public meeting in March of 2018, that has not happened. This public meeting was projected to be in the early fall of 2018.
Presently, there is a rumour circulating that a meeting for the public may happen soon. The timing seems to be a bit off. You think maybe that’s intentional? (Public meetings are time consuming and then you have to consider and process public input).
Some of the concerns I’ve heard from the general public: docks too far away, people will go to the town dock instead; kids want to play at the beach and not in the corner by the parking lot; public toilets should not be on the beach but away (more into the corner and closer to the sewer system); why move the Cenotaph fifty feet? (unnecessary expense); mediocre and uninteresting design of proposed built structures; storage facilities should be behind the stage instead of out front; contamination of beach still present; children swimming and playing in contamination; possible presence of extremely toxic contaminations (i.e. dioxins); excessive number of docks proposed; few services available to dock users such as gas, minnows, groceries, etc.; loss of a public shelter, etc. It is difficult to believe, or accept, such a flawed design. Reminds me of Swiss cheese, but with some sort of stench. Contaminated.
What are we getting for three million? Not Much! So far, it’s all gone to consultants with minimal input by citizens whose contributions are not only free but relevant. And we are the ones who ultimately have to pay!
What about present Council Members? Well, they’ll have to decide whether to accept what they’ve inherited, the holes in this cheese, the stench, the ultimate consequences, the liability, or decide to put a halt to this parade of charade, insist on fully dealing with the contamination first, and consult effectively and in a timely manner with the ultimate users of this, our shared treasure – The Town Beach.
Michael Quince, concerned citizen

As I spend the summer months travelling throughout the riding, visiting the communities and people that make our area so vibrant and dynamic, I can t help but think about the progress we ve made...
Read More