Week two of the Sioux Lookout Co-ed Volleyball League playoffs took place on Monday, April 11 with some exciting volleyball matches to watch.
“Duck Empire” had a two-set victory over the “Super Smash Bros” with a score of (25-18, 25-15) to advance to the semi-finals versus the “Stacked Pelicans” on Monday, April 25th.
The “High Fives” and “Kiss My Ace” had a very close three set match with the “High Fives” taking the final two sets, (23-25, 25-24, 15-6), to advance to the semi-finals versus the “Misfits”.
The final game of the night saw a back-and-forth battle with the “High Fives” playing in back-to-back games, taking on the “Misfits” in semi-final play. The “Misfits” took ahold of the first set with a score of (25-15) but the “High Fives” came storming back to take the second set (25-15). The final and deciding set, punching their ticket to the playoff finals, was won by the “Misfits” (15-8).
Monday, April 25th will be the final week of the Sioux Lookout
Co-ed Volleyball League this year and will showcase the top four teams of the regular season. “Duck Empire” and the “Stacked Pelicans” will face off in the semi-finals. The loser of that game will meet the “High Fives” to determine third and fourth place. The winner of “Duck Empire” and the “Stacked Pelicans” game will face off in the playoff finals versus the “Misfits”.
Games will take place from 6:00 p.m. to 9:00 p.m. at the Sioux Lookout Recreation Centre.
If you’re interested in joining the Sioux Lookout
Co-ed Volleyball League next year, or putting in a team for the Sioux Lookout Beach Volleyball League, please contact Kevin Savoury at [email protected].
Submitted by Kevin Savoury 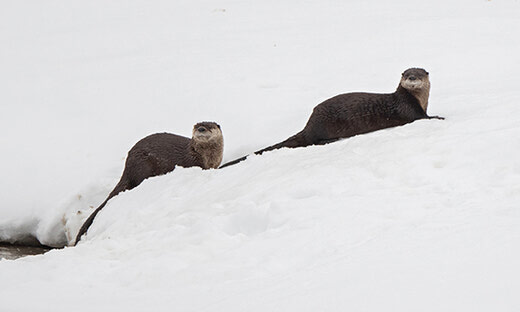