Playoffs lasted all week from August 22-25. The first round of the A-side started off on Monday with some quality matches. The C-side finished their finals with a very good match between Babe Watch and The Poling Destroyers, where The Poling Destroyers won.
On Wednesday we had the B-side finals where the High Fives won in an exciting three set victory over Duck Empire.
And finally, the A-side semi-finals and final took place on Thursday. There were so many close and intense games that it was hard to imagine anyone losing such hard-fought games. But ultimately the MNR Pelicans came in third place overall. All Sets Are Off beat The Misfits in the finals with a score of (21-15, 17-21, 21-19) to take first place overall and The Misfits second place overall.
“This final game was amazing. It was fun to be a part of. Even though my team lost, it didn’t feel like there were any losers tonight. The final game lasted so long we were playing it in the dark,” stated League Conveyor Kevin Savoury.
“Thanks everyone for participating and thanks to the Forest Inn for use of the court and being so accommodating and I hope to see everyone next year.”
Submitted by Kevin Savoury 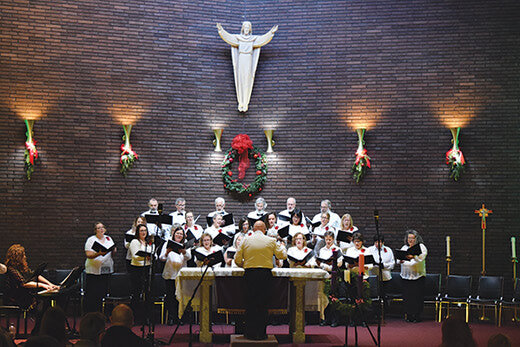 Sioux Lookout area residents with a love of music and singing are being recruited for this year's Festival of Carols...