The Bringing Our Children Home Proposal, according to an August 25 news release from Lac Seul First Nation, “outlines an 8-step process to gather knowledge, build protocols, and undertake all technical investigations necessary to find children who never returned home from the Pelican Lake Indian Residential School and the Sioux Lookout Zone Indian Hospital.”

According to the news release, the proposal also speaks to working with the Municipality of Sioux Lookout to find missing children buried at its cemeteries and burial sites.

The Bringing Our Children Home Proposal is a direct outcome of a gathering in Lac Seul First Nation on July 14. The gathering brought together Survivors and their families, Cat Lake First Nation, Northern Nishnawbe Education Council, and Sioux Lookout First Nations Health Authority, along with regional partners, and senior representatives from local municipalities, the Government of Canada, and the Province of Ontario.

Lac Seul First Nation made a commitment that it will lead the search for missing children.

The news release states, “According to the Truth and Reconciliation Commission, Pelican Lake Indian Residential School operated for 51 years from 1927 to 1978, and several reports of abuse came from the school.”

“Despite several generations of loss and trauma, our Survivors have identified a path forward for healing. This proposal presents that path. The work will be guided each step of the way by our Elders, our Survivors, our Knowledge Keepers, and our Traditional Healers”, Bull informed.

“Accompanied by a Band Council Resolution from Lac Seul First Nation, and letters of support from Sol Mamakwa, Member of Provincial Parliament, Kiiwetinoong, Grand Chief Derek Fox, Nishnawbe Aski Nation, Mayor Doug Lawrance, Mayor of the Municipality of Sioux Lookout, the proposal marks an important step in the beginning of the journey towards reconciliation,” the news release states.

“We are confident Canada is committed to reconciliation, but before reconciliation must come truth. The entire truth. And truth takes courage, time, investment, and doing things in a good way. We hope Canada and Ontario will both step up to make this happen”, Bull concluded. 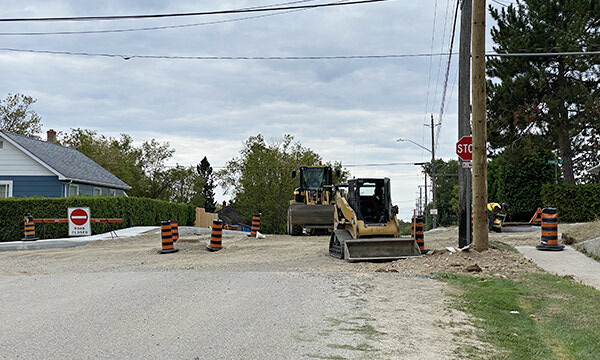 The 8th Avenue Road Reconstruction project in Sioux Lookout remains on schedule to be completed by the end of September...