The Sioux Lookout Bombers have named Carson Johnstone as the team’s head coach as they prepare to take to the ice this September for their inaugural season in the Superior International Junior Hockey League (SIJHL).
In an announcement on the Bomber’s YouTube channel on April 21, Austen Hoey, Bombers Director of Hockey Operations shared, “We interviewed and talked with dozens of candidates, and we have found a person, who we believe, will lead the Sioux Lookout Bombers successfully into our inaugural season. He represents our philosophies of no fake promises, humility, perseverance, and courage. And he truly represents our motto: Our Town. Our Team.”
The Bombers shared on social media that Johnstone, “comes to us from Niagara Falls, Ontario, where he grew up playing minor hockey and watching his father coach Junior. His own playing experiences include prep hockey, junior hockey, college hockey, and minor professional in Europe. During his travels, Carson had the opportunity to coach with multiple minor hockey organizations, and even junior programs while in Europe. After starting his own Hockey Development Company after retirement, Carson followed in his father’s footsteps and started coaching in the Niagara Region with the Fort Erie Meteors and Pelham Panthers of the GOJHL (Greater Ontario Junior Hockey League). Shortly after, Carson spearheaded the construction of a hockey program at Fort Erie International Academy where he has been the U18 Head Coach for two years.”
Hoey said of hiring Johnstone, “While it has been a long and arduous process, we are certain that the person we have chosen is the type of individual we believe has all the tools necessary to lead the Bombers on and off the ice, and we intend to supply them with the resources to be a force on the ice right out of the gate. While we interviewed and discussed many candidates, once we got a chance to meet this individual, the passion, the knowledge, and the experience, along with how well they clicked with our hockey ops staff, it truly was a no-brainer to bring them aboard”
The Bombers shared that Johnstone will take the reins immediately and the focus will shift to building a Bombers team ready to hit the ice in September.
“I believe sincerely that will over skill, commitment to defense, and the team, wins championships. I can’t wait to get started and win, here in Sioux Lookout,” Johnstone said of his coaching philosophy.
“I have always wanted to be a coach. I love the game more passionately than anybody out there. As a player, captain, and coach I have always wanted to win, I know how to make my team come together and create a dressing room community/culture that allows us to play our best hockey,” Johnstone stated, adding, “I carry those skills I learned in leadership roles throughout my playing career into the dressing room as a coach.”
Johnstone told Hoey, in a video introducing him as head coach on the Bomber’s YouTube channel that his greatest coaching strength is the way he relates to his players. “When you relate to your players, they listen to you and they want to do things for you, want to work hard and want to do the things you’re trying to teach,” he said.
Asked by Hoey if he had any messages he would like to convey to the community, Johnstone shared, “Expect some good guys in the community. Obviously, we want to be a big part of the community, hit the ground running that way and have everybody be real solid members of the community. So, you can expect that and expect the boys to play good hard, honest hockey. That’s what we’re looking for, guys that want to play tough, honest hockey, get in the corners and show the Hangar what we’re about.”
The Bombers also announced their first player commitment on April 22.
Owen Riffel, a Forward hailing from Onanole, Manitoba, is expected to suit up for the Bombers this September.
According to the Bombers, Riffel played last season with the Yellowhead Chiefs of the Manitoba AAA U18 Hockey League, posting 14 goals, 24 assisted and 20 penalty minutes in 42 games on the season.
Hoey said of welcoming the team’s first player, “We are really excited to have Owen be among our first commits to the Bombers. We feel he represents exactly the way we want our team to play, fast, in your face, and responsible. While he has the ability to put up points, his two-way game is what we are truly after, add to that, he is just a great kid.” Hoey added, “We are very excited for the town of Sioux Lookout to get to know him more, and to start cheering for him and his teammates in September!”
The Bombers announced another player commitment on April 25. Defenseman Brayden Pickett, who is also expected to suit up for the Bombers in September, comes from Caledonia, Ontario. Pickett played his 2021-2022 season with the Caledonia Corvairs of the GOJHL where he registered one assist and 20 penalty minutes in 7 games played. Johnstone said of adding Pickett to the team roster, ““We’re really excited to have him. He’s a big, young kid with ability who is excited for the opportunity to learn and improve. I feel he is going to have a huge year with us.”
The Bombers shared that their Spring ID Camp (June 24-26 in Ignace) is filling up fast and will be Johnstone’s first opportunity to step on the ice with potential Bombers players. 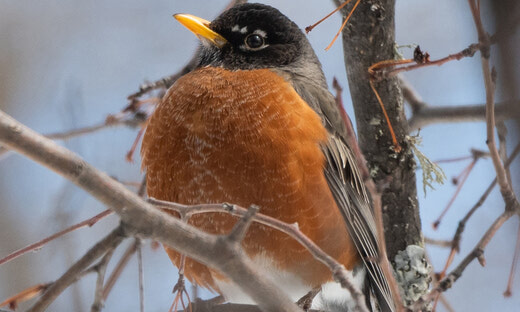