Kenora MP Bob Nault said a lot was accomplished as the 42nd Parliament came to a close.
He shared the following statement: “In the last week of Parliament, two specific Bills relevant to Northwestern Ontario were passed, including Bill C-92, An Act respecting First Nations, Inuit and Métis children, youth and families. This legislation will work to ensure Indigenous children remain with their own families, and in their own communities. This is what we expect for all children in Canada, so the same expectation should be afforded to Indigenous children.
“Bill C-91, the Indigenous Languages Act, was also passed, which is designed to help reclaim, revitalize, strengthen and maintain Indigenous languages in Northwestern Ontario and across Canada. This Bill could help save many Indigenous languages that are on the brink of extinction. We simply cannot allow this to happen as it is critically important to ensure that these languages continue.
“Bill C-97, The Budget Implementation Act received Royal Assent of June 21, 2019, which implements key measures from Budget 2019, including the Canada Training Credit, the new First-Time Home Buyer Incentive, improvements to the economic security of low-income seniors, and protection for pensions.”
He added, “It has been a busy Parliament but, as always, there is more work to do. I look forward to continuing debate on outstanding legislation when we return in the fall, including my Private Members Motion, M-226, which tackles the issue of how we can improve the delivery of health care in rural Canada.”
Nault, who is seeking to remain Kenora MP, commented, “Now until after the election, two things will happen. One is our usual summer northern tour. We will be very busy meeting and talking to all the Aboriginal groups in all the communities. So I will be meeting and talking about the direction, and vision, and interests of municipalities and First Nations. There’s 55 communities in total. So between now and Election Day, which is the 24 of October… in between that I’ll be working as a Member of Parliament and then I’m going to start to, in my spare time, campaign.” 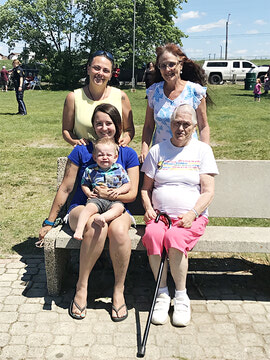