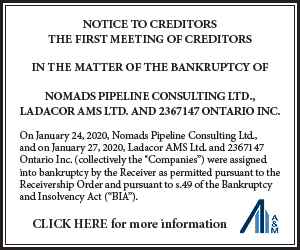 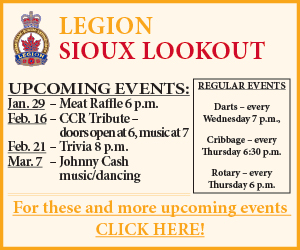 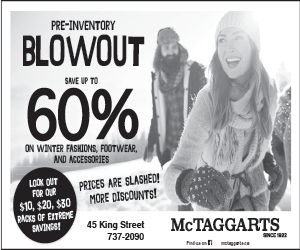 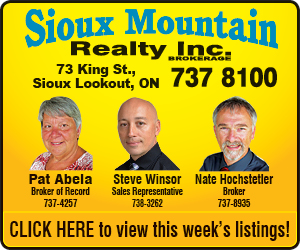 Local birding enthusiasts have something to look forward to in the new year. Member of the organizing committee, Merle Burkholder, explained that he hopes the festival that is set up for June 2 will unite fellow birders in the community.

“We’ll start at about 7:30 and cover three different locations before having lunch at Cedar Bay,” Burkholder said. “The event is during the spring migration so people can expect to see as many as 50 different species of birds,” he added.

The event will open registration at the end of February or beginning of March. Burkholder explained that they will advertise the event both on the Sioux Lookout Bird Watchers Facebook page as well as the Sioux Lookout Area Events and Services page.

Each year Burkholder and his wife, Edith Burkholder, attend a two day birding festival in Dorion, Ontario and developed the idea to have one closer to home.

“It won’t be as large as the one in Dorion, but it’s a good start for Sioux Lookout,” Burkholder added. The event will be locally organized and run and will be open to about 45 people interested in attending.

“My wife has been birding since she was a teenager and enjoys it, so I enjoy it too and we like to do it together,” Burkholder commented.

The festival will be the first of its kind in the Sioux Lookout area and Burkholder hopes that the potential success of the event will prompt the organization of future events. “Hopefully as the local interest grows, we’ll be able to hold bigger events in the future. After we’ve finished at all the locations, we’ll have lunch and sit around and share birding stories.”

Anyone interested in the birding festival can keep an eye out for the registration in the new year.

Sioux Lookout area residents piled extra wood into their stoves and bundled up to head outdoors as a cold snap gripped the area over the holidays.
Read More